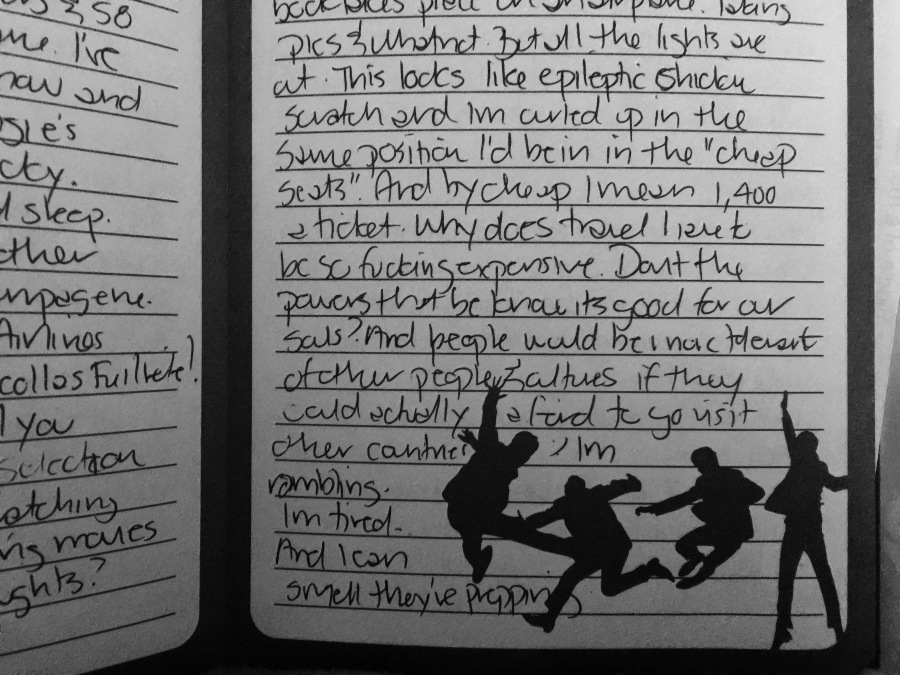 My bestie and I travelled 4,739 miles from Texas to Liverpool to celebrate birthdays, friendship, and a mutual lifelong love of the best band in the history of the universe ever. (Ever ). We regressed to silly, giggling, (occasionally) weeping teenagers in that cold, rainy, pulsing city

and
it
was
AWESOME.

For 6 days I documented my stream of conscience.

Here is day one.

You know you’re a writer when you can’t even take advantage of a sleeper pod on an airplane. First time in my life to lie flat on an international flight, but I can’t sleep because sentences are running thru my hair (hair?).

And I would say real expensive, but not really. Angie is a former employee of United, so we took advantage of her remaining flight benefits. Wheeee!

I think I’m the only person awake on this plane right now. By the way— there are less than 40 people on this whole flight. Insane. Another weird thing: the flight’s only 7 hours and 58 minutes. That’s even more insane. I’ve done this journey almost 20 times now and it’s always 9-10 hours from Houston.

Angie is fast asleep. Lucky. This makes 2 nights of bad sleep for me. I suppose I could watch another movie and order more champagne. By the way, props to United Airlines for their bubbly selection. Nicolas Feuillatte! Yummy! I might as well tell you I had port with the cheese selection, too, which I nibbled whilst watching The Martian. I LOVE watching movies after finishing the book.

Those people were way too young to be astronauts. And not hating, but Kristen Wiig wasn’t a good choice for Annie. I suppose I should be studying this airplane since my new book takes place on an airplane. Taking pics and whatnot. But all the lights are out. This looks like epileptic chicken scratch and I’m curled up in the same position I’d be in the “cheap seats.” And by ‘cheap’ I mean $1400 a ticket.

Why does travel have to be so fucking expensive. Don’t the powers that be know it’s good for our souls? And people would be more tolerant of other people and cultures if they could actually afford to go visit other countries?!

And I can smell they’re prepping breakfast behind that curtain. Only 2:48 til London. My Motherland. Where Angie’s gonna freeze because she forgot her coat. 🙂 It really is funny.

Even though we’re in the middle of the sky, we’re seriously embarking on our own little Magical Mystery Tour. CAN’T WAIT. First stop: Heathrow.

*How the bloody hell do people sleep on planes?
*It’s weird hearing people’s intimate sleep sounds: gentle snores, and the little popping noises they make with their mouths (if they’re not gaping wide open.)
*Mah-jong is maddening when you’re dog tired.
* I wonder if Don McLean made up with his wife. I bet that’s why he didn’t sing “Castles in the Air” at his concert. All those lyrics about “save me from all the trouble and the pain” and not being able to “face that girl again.”

Dude. This pilot’s on speed. Our plane is arriving 45 minutes early. 6 hours and change from Houston to London. Crazy! Somehow, someway, I’ve got to muscle through to a normal bedtime.

Things that do not suck:

* The Arrivals Lounge at Heathrow Airport.

We had the option to slip into the First Class lounge upon arrival. We kinda just figured ‘why not.’ I don’t know anyone that steps off a plane not feeling like a baboon’s ass so we took advantage.

I thought it would be tea/coffee/couches/loos type thing but hell no! We got private shower suites. Lotsa contraptions. Lotsa hot HOT temperatures. I only suffered a minor burn, and the good news is I still genetically qualify as a female but GEEZ turn down the boiler a bit!

Now I’m sitting in this lounge waiting for Angie, having a coffee. 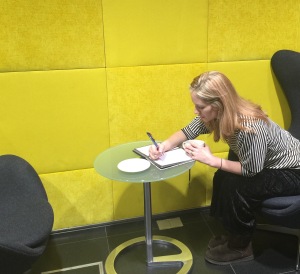 I just FaceTimed Christopher who issued another warning that if I come home with a picture of Paul McCartney on my ass, we’re getting a divorce.

2 thoughts on “Day Tripper: A Beatlemaniac in Liverpool Day ONE.”