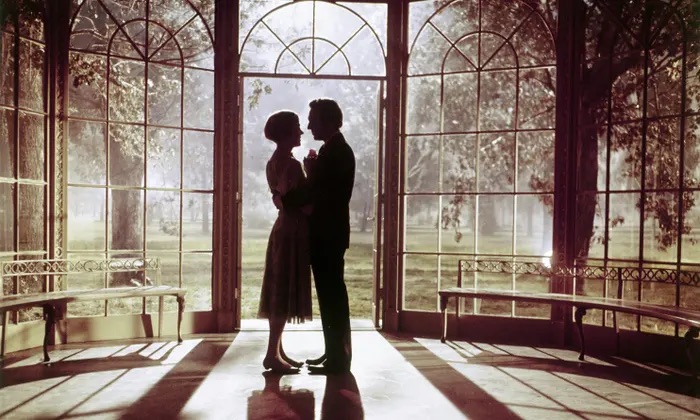 Christopher Plummer died today. Started crying soon as I heard. I know he was 91. I know he had a fabulous life. But my heart is heavy. My friend Emily said she doesn’t get upset about celebrity deaths. I said it depends on the celebrity and the impact of their art.

The Sound of Music is arguably my favorite film, and I have so many formative memories wrapped around the music. I remember watching from a very young age thinking Captain Von Trapp was super handsome. Like he could’ve been my dad or grandfather, but I’ve always been a little weird that way.

A Fish Called Wanda came out when I was little and I thought John Cleese was totally yummy, like as a 10 year old. And anyone who’s known me since early childhood can well attest to my Paul McCartney obsession. 34 years my senior and the hottest man ever. But I digress . . . Christopher Plummer. ☹️

“It just feels like the end of something,” I told Emily.

And it does. I would watch The Sound of Music, but I gotta hot date with Brighton / Tottenham and we have pizza and poppers for dinner. That’ll put a bandaid on my hurty heart for now.

Just got home from bookLAB and my heart is so full. We have such a good thing. Last round we read beloved books from each other’s shelves. I read Siddhartha. Petra read Their Eyes Were Watching God. Emily read Where the Red Fern Grows. Nedra read The Invisible Wall. And Anna read Wild. I noticed the same profound theme as everyone gave their report. People of all ages and cultures went on deliberate or accidental journeys, and ended up finding themselves.

There’s much truth in having to go through some deep shit to grow and learn. Once you fully realize that, Faith emerges and you know you’re where you’re meant to be at all times. Even if it super sucks and think maybe you’ll die from grief or depression or something else. You know God’s on the other side. Waiting to catch you. Show you the Light. Bring peace to your heart. Whatever.

And then so fitting our next assignment not only coincides with Black History Month but also Their Eyes Were Watching God by Zora Neale Hurston. Black leaders and scholars curated a Top 100 definitive works by black women and called it Zora’s Canon. We each picked a book from the list. I was drawn to my book’s cover knowing nothing about it, but I’m looking forward to it. My current read has heavy themes of racism in the American Indian community and it’s kinda kicking my ass. I hate bullies. Only thing worse than a bully is a racist one. Anyway. It was a good day.

Some lady told me off at HEB yesterday.

“Do you mind waiting til I’m done?” she spat.

That’s an innocuous sentence, right? But say it the rudest way and that’s how she said it. She was so rude I couldn’t tell if she was serious. She was. I was within 6 feet —probably about 3 feet if I’m being honest — and I started putting my stuff on the conveyer belt.

“You’re standing too close!” she barked.

“Well you’re super pleasant!” I spat, backing away back before my edit button warmed up. She just stared at me as an employee beckoned me to the next aisle. I was checked out and bagged while she was still paying.

“Have a lovely day!” I called, making sure we made eye contact.

I’d be a dead pile of fried ash on the floor if her glare carried action. I didn’t exactly feel proud of myself. Being snitty to old people isn’t my S.O.P but I meet people where they’re at. Like go on. Tell me how we’re gonna act today. That whole fight or flight thing? I fight. I didn’t mean to stand in her bubble. But this is our world right now.

You’re reading select entries from SHELF LIFE: My Pandemic Diary. Previous entry is HERE. Or you can start from the beginning HERE. I am currently seeking a literary agent for this memoir.