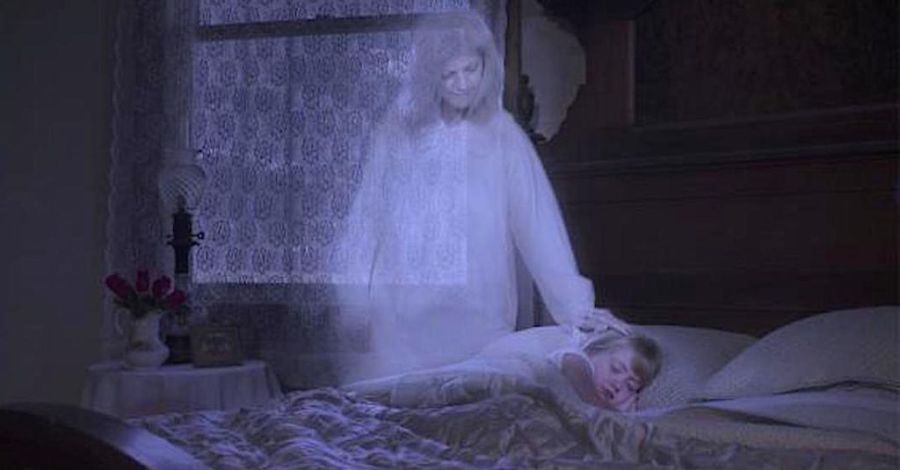 Q: Hi Jennifer. My grandma died last year. We miss her a lot! My mom says she sometimes catches flashes of her, which I believe, but why can no one else see her? Sometimes I think I sense her, but I’m really not sure. When you experience a ‘ghost’ how can you tell it’s not your imagination? –Emily; New Braunfels.

But let me answer the last part first.

Imagination is when you’re watching a scary movie and too scared to get up and pee. Intuition is when you open the bathroom door and see a man walk through the wall.

If a ghost, angel, or deceased loved one appears, it’s my experience that (most) everyone in the room will experience something. Even if they later try to reason it away.

HOWEVER. Only those with clairvoyant tendencies would (likely) see it.

A few friends gather at Peter’s house, drinking and chatting  when a sudden presence fills the room. So strong that Peter stops talking and stares at the wall.

Peter: Wait. What was that. Did ya’ll see that?

Peter: A man. There by the window.  I swear I saw something?

Edmund: I dunno, but I just got the chills.

Lucy: Right when you said that, I smelled cigarettes. Did someone say ‘Harold?’

Susan: No, I don’t feel right. Something’s up.  Excuse me a sec.

Susan calls home, learns her son sliced his foot and needs stitches ASAP. Peter researches to find the original homeowner, Harold Smith, a heavy smoker, drank himself to death in 1899. No one likes Peter’s house anymore.

Okay, that’s silly and oversimplified, but you get the point. ‘Clairvoyant’ is one of those loaded words, but it just means ‘clear seeing’ and is by far the easiest extra-sensory perception to glamorize on film. But spirit detection is rarely down to eyes alone. 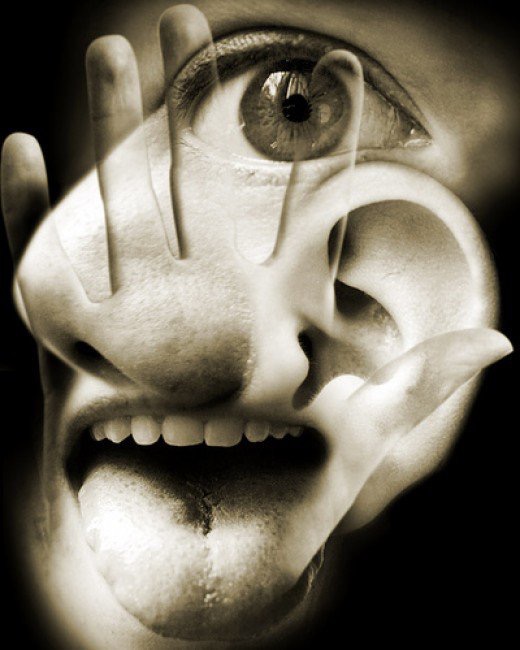 Intuition/Psychic ability breaks down to:

Peter saw. Edmund felt. Lucy smelled AND heard. And Susan — our skeptic– demonstrates intuition isn’t a woo-woo phenomenon. I personally think clear knowing is the strongest, most trustworthy of the four. Sometimes you just KNOW. You don’t know how. You just do. And inevitably it’s about something really, really important, right?

Every person alive has at least one of these gifts whether they ignore it or not. Those with a decent command of all four are the world’s ‘psychics’ or ‘intuitives.’ Those who claim they do and tell people lies for money and attention are charlatans. 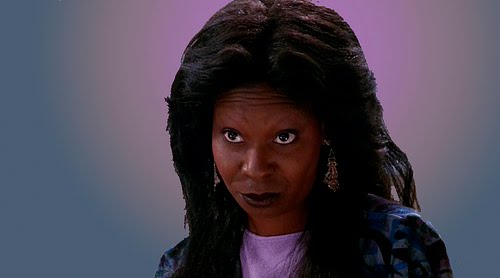 My mom, our friend Heather, and I traveled to Mexico for a family wedding and shared a room in this hotel overlooking scenic Tepoztlán. 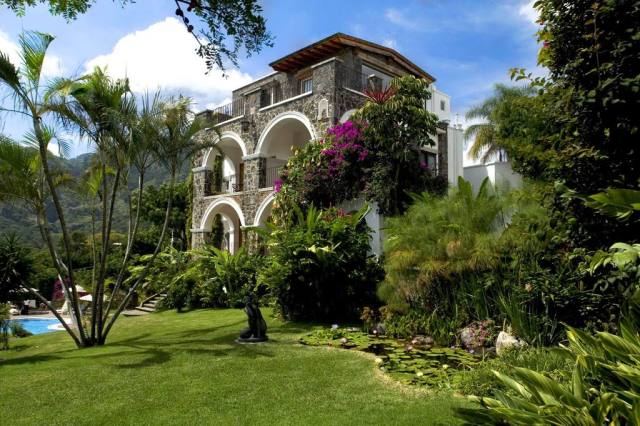 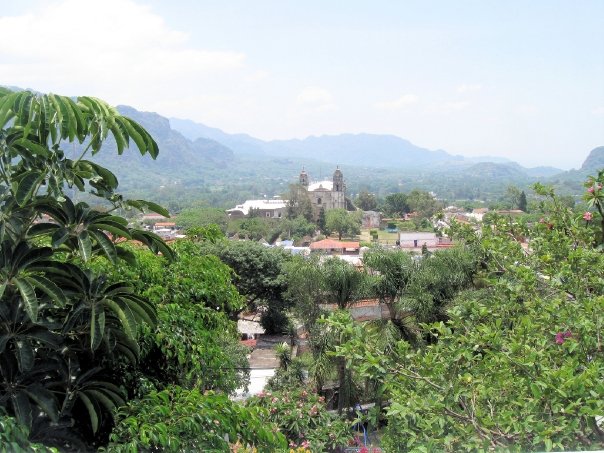 It was also FULL of Spirit. Like, everywhere. In the streets. In the market. In church. The entire city felt charged. Not haunted. Just charged. (Frenchman St. in NOLA’s French Quarter feels similar.)

I felt it. Heather felt it. Mom felt it. But it was in our hotel room we encountered a pushy, dead Mexican.

I woke in the middle of the night because I felt –I dunno– something.

Imagine squeezing a balloon. Not enough to pop it, but enough to think you might. That’s what woke me– something pressing against my subconscience. I opened my eyes and pulled up on my elbows.

I remember being hot. There was no a/c so they’d given us fans, but really, they just made noise. We’d opened balcony doors to stave off heat, but there was no wind either. Only moonlight, a whirring fan, and the distant chirping of foreign bugs. I kicked off the covers. And that’s when I noticed the bottom of my mattress, sunk down.

I yanked in my feet. Let me assure you the mattress was hard as a damn rock. It’d take something with mass to make it sink that deep. I stared at the empty (yet occupied) space with a pounding heart.

The air got crackly.

Oh hell no, I thought. LEAVE.

But that guy —I could tell it was a guy— didn’t budge. And he was super happy I acknowledged him. Because then he started talking. FAST.

A quick word about Spirits talking: Rarely do you hear them outside yourself –like you’d hear someone next to you–talking. You hear it inside. But it’s completely different from your brain voice. Does that make sense? It’s almost like a super loud thought, yet you know it’s not coming from you.

The cool brown tiles felt good against my feet. I slipped to the bathroom and shut the door, quick. And do you know that cabrón followed me to the toilet?!  I wasn’t imagining things either because rapid unfamiliar Spanish zipped through my conscience like ticker tape. I caught a few words.

“Go away!” I whisper-hissed, too scared to look up in case he manifested in front of me.

“Váyase José!” I waved toilet paper at him.

“Eres muerto, Jose!” ( Jesus Cristo! How do you say go to the light en Español!?) My mind raced. “Vaya con Dios!” I still wouldn’t look up.

“Who are you talking to?” I heard my mother.

And then he was gone.

I re-entered the room to Mom and Heather, wide awake.

“There’s a damn ghost in there telling me he died of cholera in the 1700s.” I plopped defensively on my now un-sunken mattress.

And then it got interesting.

In full disclosure, I need to let you know Heather is a professional medium and my trusted go-to when I want a reading. She’s also a big ol’ chicken who gets really uncomfy outside the loving presence of angels and deceased loved ones.

Poor girl had been lying there hours. Unable to sleep. Overwhelmed by images of bones, mountains, native people, and snatches of conversation from long ago. And she couldn’t shut it off.

“They obviously don’t sage here,” she sighed, sitting up, fluffing her pillow.

Everyone knows how bad it sucks to lie there exhausted in the wee hours, mind churning like a hamster wheel. Let me tell you it’s 1000 times worse as a psychic. It’s like a movie reel shining bright, constant, moving pictures behind your closed eyes. And you can’t do CRAP about it except wait for it to be over.

Mom later confessed she’d seen a man hovering over Heather in the doorway, but didn’t say anything.

We turned on the lights and waited several hours for breakfast.

That same trip,  Mom and I hiked two, steep, dangerous hours to the top of an ancient pyramid and encountered –I have no choice but to believe– an angel. 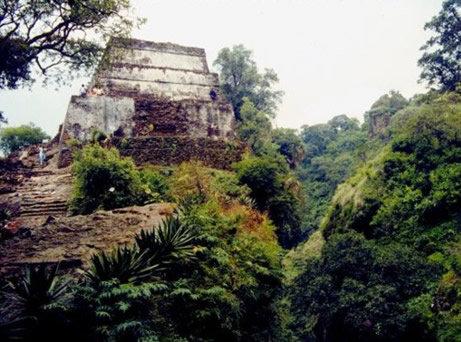 But I’ll save that story for another time.

Next time you say prayers Emily, ask Grandma to let you know she’s there. Maybe you’ll dream about her that night. That’s a form of clairvoyance, too. In the meantime, believe your momma.

If you have a question regarding paranormal or metaphysical phenomena, please send it to jennifer@jkabay.com. I’ll archive and answer as appropriate, when I can.

Get thee to a public library!
Cleaned and reorganized my library and now it’s my favorite room in the house. 📚🥰
Sitting in my car like dork, admiring this new nail polish. AND LOVING IT.✨
Book Spine Poetry at the library!
I read. I write. I wear soot spirits.
Awkward pineapple in 3 . . . 2 . . . 1 Does this count as a @secret_buttholes? 👀